from The Other Side of the Girl by Diana May Clark 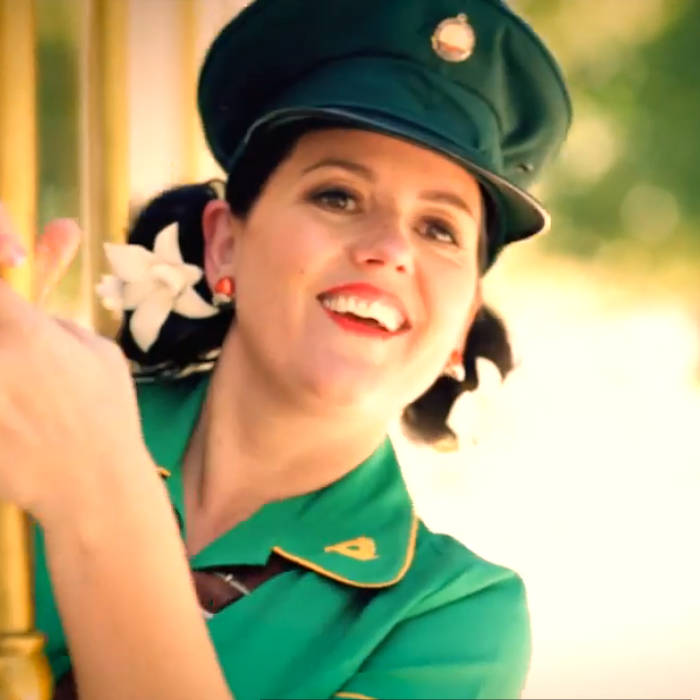 Another song started while on honeymoon in Rio de Janeiro. Clark says: "Started writing this in Ipanema in Rio on our honeymoon trip 2009.
I craved to write a reggae to sing with others, including Brazilian Portuguese phrases someone might learn on their first visit. Mixing my 2 worlds, I threw together couplets from both languages, and despite it being a novelty song, it took 2 years of re-writes & feedback from Charles Jenkins, Greg Arnold, Mick Thomas and Pat Pattison to finish. Motivated by my last visit to Rio in 2013 as I discovered that sadly, the Bonde was no longer running due to an accident with fatalities; I had to release it in acknowledgement of the uplifting times we’d had travelling to Santa Teresa over the years. We made a cute Tram film clip in Ballarat, to go with it."

We’ll ride the tram the people call Bonde
Like a sardine can playing ping-pongee
African beats rise from Portuguese streets
Cool as Johnny Depp, the boys all hitch on the side step